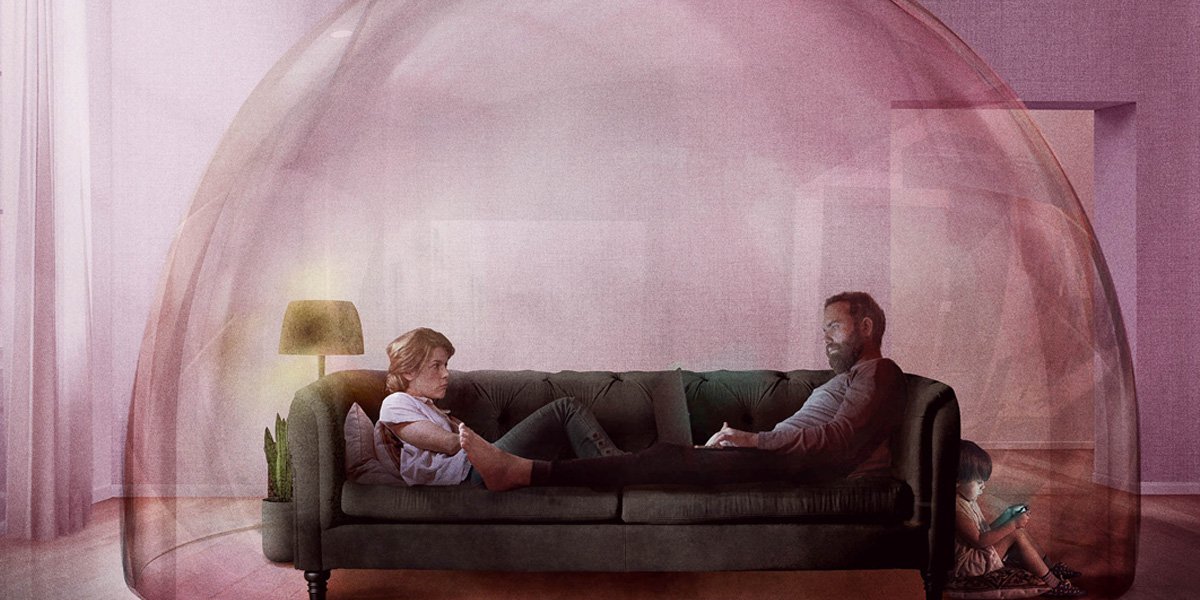 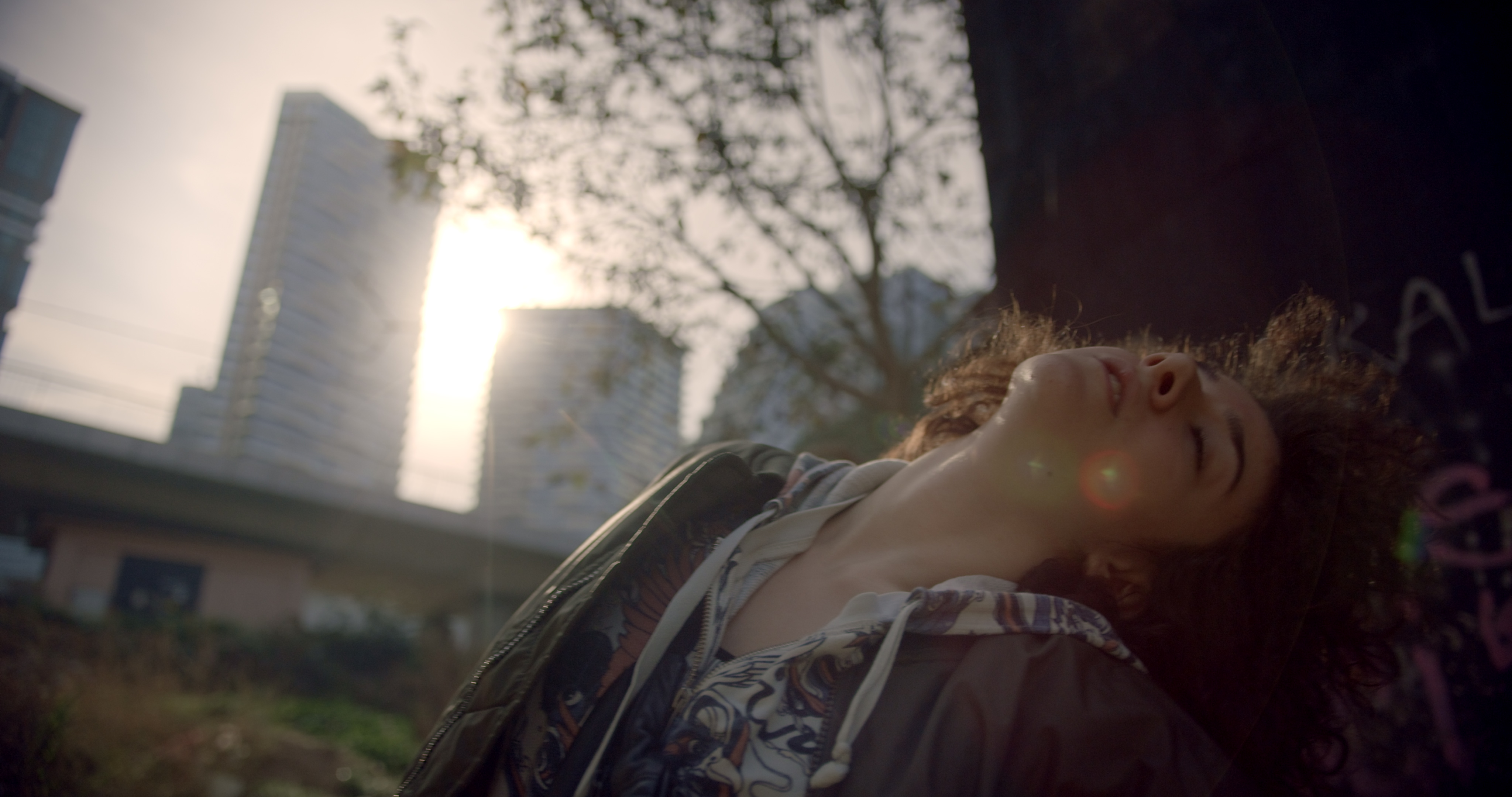 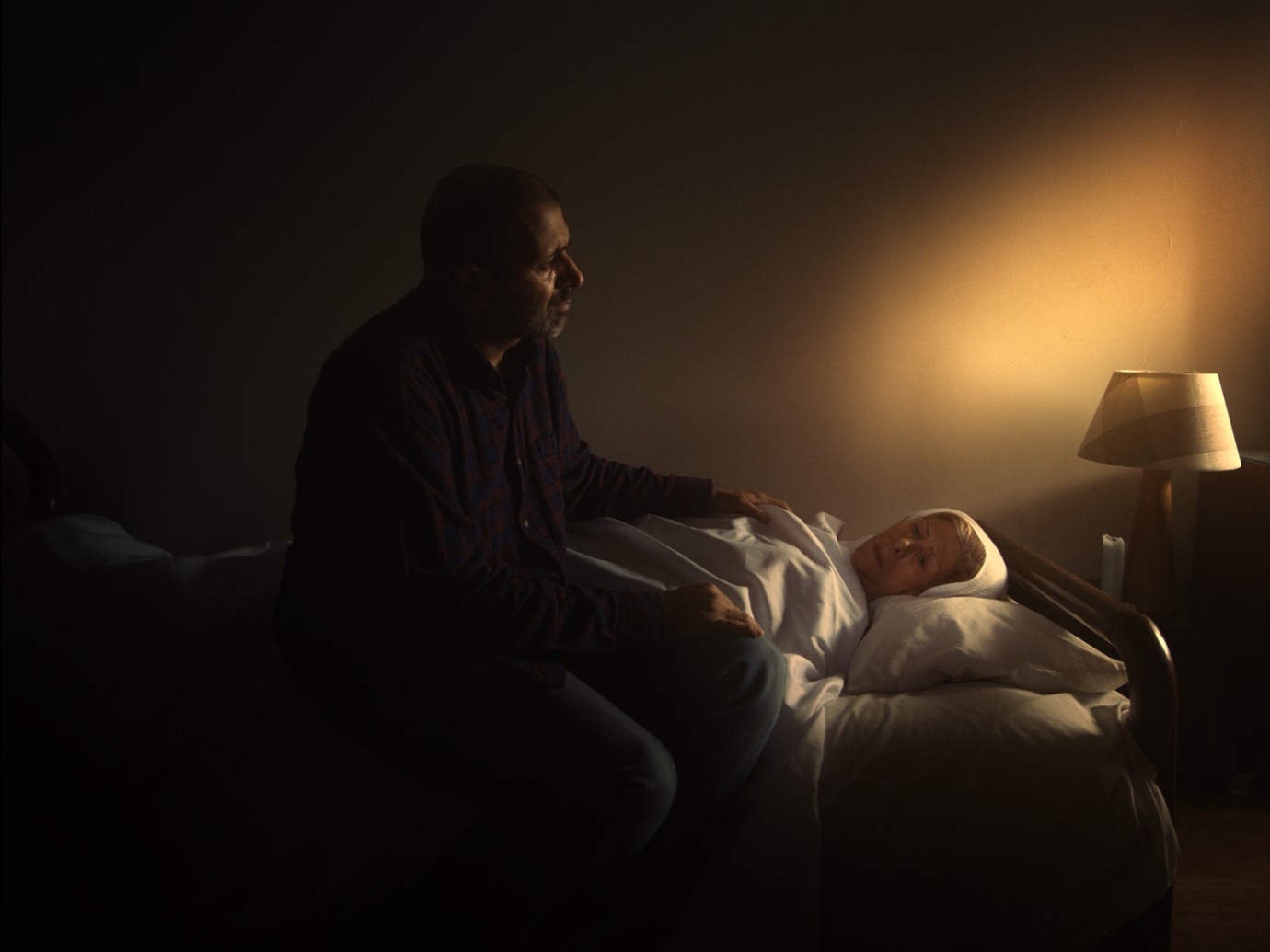 by Bardia Yadegari and Ehsan Mirhosseini 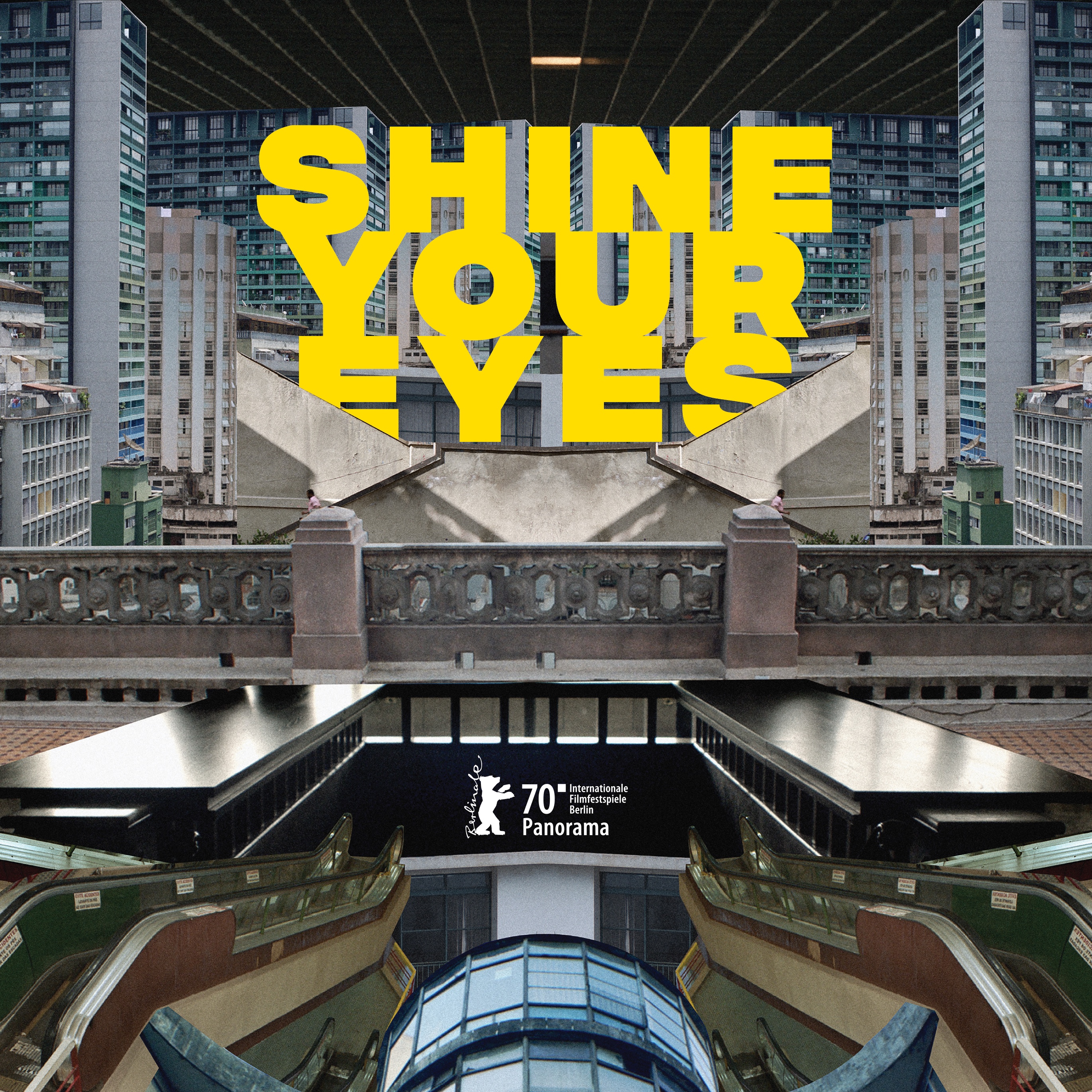 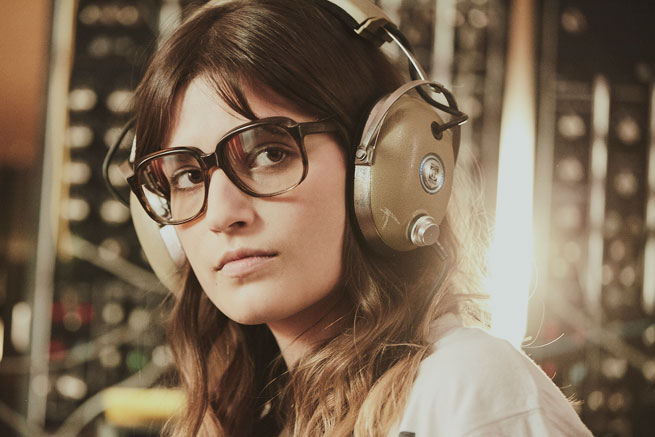 FIND OUT OUR HISTORY AND TEAM 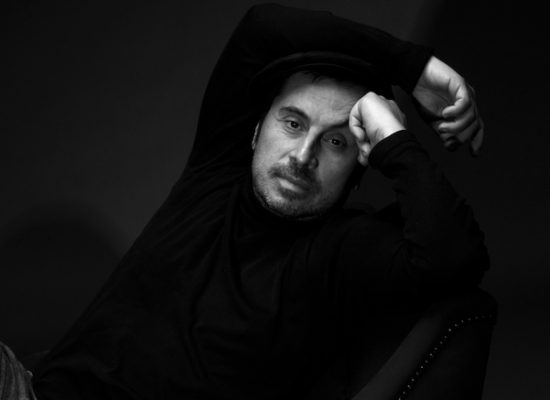 Born in Athens, Panos studied in London at the “London International Film School” and then in Paris at the “Sorbonne”. […] 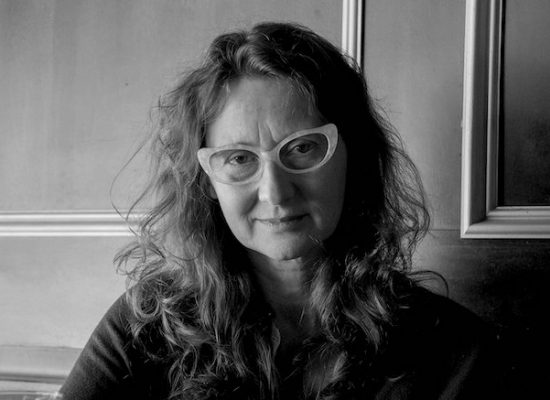 Born in 1966 in Salta in the North of Argentina, Lucrecia Martel settled down in Buenos Aires where she attended […] 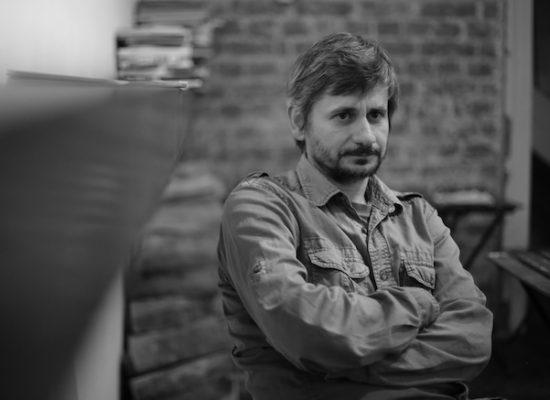 After studying Film Directing in Bucharest, Adrian made the short film WAVES (2007), scriptwriter and director which won the Golden […]

See all our news

This message is only visible to admins.

Error: Error validating access token: The session has been invalidated because the user changed their password or Facebook has changed the session for security reasons.
Type: OAuthException

MPM Premium is in Japan.

Haider Rashid is with Giacomo Rosiello and 35 others.

It has been just over a month since the world premiere of EUROPA. The four year journey that brought the project from a concept to the Quinzaine des Réalisateurs in Cannes have been a real rollercoaster of emotions. The film was born out of the fear of what Europe has become, but also out of the hope for what Europe could be, and every day that passes it feels more and more like the urgency to tell this story has been necessary.

The film will be released in Italian theatres on September 2nd. A few days ago, EUROPA was recognised by the Italian Association of Film Critics (SNCCI - Cinecriticaweb Sncci) as a “Critics’ Film” (Film della Critica), something we are very grateful for, with the following motivation:

“Fully adhering to the dramatic experience of a young Iraqi immigrant, fleeing along the "Balkan route", the film proposes itself as an immersive experience in the bewilderment, fear and violence that mark the life of those seeking refuge in Europe. Adopting a perspective that holds in the frame the physical effort of the protagonist and the extreme situations faced, the director offers both a moral and concrete point of view on a social drama that doesn’t exhaust in political debates, but in real suffering and in the decay of human relationships.”

EUROPA was a collective effort. None of this would have happened without the work and support of each and every person who participated in this project. I owe a great debt of gratitude to everyone involved, who worked to defend it and helped throughout the process, making it an unforgettable experience not just professionally, but also on a human level, and to all the people and organisations that supported it.

Marie-Pierre Macia, believing in the project with enthusiasm, passion and humanity, together with the kind and dedicated Natsuki Lambert, Quentin Worthington and all the team at MPM Premium who accompanied us over the past year and a half and continue to do so. It has been wonderful to collaborate so far.

Paolo Moretti and all the team of the Quinzaine, giving us the opportunity to be part of this prestigious and important selection, an amazing launchpad for the film to find its place in the world. The emotions that ran through us on the day we found out the film was selected, on the day of the premiere and leading up to it will remain unforgettable.

Andrea Romeo and all the team at I Wonder Pictures, understanding and appreciating the film, working with us to make sure the Italian audience can experience, watch and be aware of the film. Benedetta Caponi, (Veva Veva) working together again after eight years!

Sonia Giannetto, writing, editing and conceiving the sound design together, and working tirelessly on set as first assistant director to defend the film and make it work despite the difficulties we faced, always pushing me and everyone to maintain and protect the initial vision without compromising or finding easy ways out, which made the film better and stronger. Never have I had such an intense, fruitful and all-encompassing collaboration.

Jacopo Caramella, conceiving a sometimes inconceivable cinematography due to the location we filmed in, accepting to be pushed beyond his physical limits, and often putting quality, storytelling and vision above his well-being. Through sometimes different views and opinions, EUROPA found its visual sense and is a more nuanced and complex piece.

Adam Ali, accepting to be thrown in the middle of an extremely intense physical and emotional experience fearlessly, opening himself with memories of his childhood, giving a human touch to a character the audience can know very little of. It is an outstanding performance, visceral and raw, as we were aiming and hoping for. And all our wonderful and dedicated cast who trusted us Светлана Янчева, Ciciriello Pietro, Gassid Mohammed, Erfan Rashid and Mohamed Zouaoui.

Francesco Bacci and Ricardio Madioni, always thinking of obstacles as challenges to overcome, focusing on set design in a film where set design seems almost not present, but is actually extremely important, without worrying if a certain construction or prop would only appear for a handful of frames or seconds, understanding the importance of realism throughout this film. It was great to visit their workshop every night were they would be building (and sometimes cooking…) stuff.

Denitza Stefanova (Denitza Nova), taking care of casting through her network, assisting us in managing and preparing actors on set, working as a dialogue and acting coach to bring the cast to a state of mind and body that was fundamental for their performance. Giuseppe Barletta working hard as a second AD and being kind enough to also lend himself to some acting roles 🙂

Monica Sperandio and Guglielmo D'Avanzo, for signing up to a difficult and often dangerous production, going through countless sleepless nights and always finding solutions to serve what was a necessarily uncompromising approach.

Alice Rinaldi, creating apt and realistic costumes for the characters, researching with precision and searching for items with great dedication. It was a joy to visit her workshop every morning and every night, where she would prepare costumes with great attention to detail.

Giandomenico Pennino, Igor Cianti and Gabriele Fasano, working to create a soundscape that could immerse the audience in the horrifying but life-affirming journey the character embarks on, running and jumping dangerously to catch a breath or a gasp that conveys the character’s presence and inner life.

Daniele Bernabei, finding that great mix between practicality and technology to create beautifully realistic visual effects, always being supportive with feedback and friendship throughout these years; we started on this journey we call Radical Plans together in 2012, and it has been great to experience the process and growth together, year after year.

Abdullah Boushahri, trusting me and supporting the film, being a friend and a brother, welcoming me into his world and his family and always being there.

Ally McClelland, coordinating the “violent dances” that we needed for the film to be as close to reality as possible, coordinating stunts not just physically but also mentally and emotionally, pushing hard and running fast, always finding solutions even when it seemed there were none.

Fosca Giulia Tempera, creating amazing special make-up effects that made the film as harrowing and realistic as it needed to be.

Stefania Ippoliti and all the kind team at the Toscana Film Commission, being the first ones to finance the project, defending it proudly and supporting the film and us through difficult times.

Stefano Mutolo, believing in the project, traveling with me to Bulgaria to research and see things on the ground, networking, connecting, pitching and trying to bring attention to the project, while also working hard to make sure our production team had what it needed to make things work.

Ivan Tonev and Plamen Slavov, opening the doors of Bulgaria for us, understanding what we were aiming to do and connecting on a human level, it was incredibly revealing and fundamental to scout and do research together, Europa would be a very different film had it not been for their generous and important efforts and for the first-hand testimonies we were privileged to hear and see. Emanuele Nespeca, advising us generously throughout these four years and facilitating connections.

Fabrizio Guarducci and Matteo Cichero, being great co-production partners who appreciated and believed in the film passionately from the first viewing.

Alessandra Speciale and MFN - Milano Film Network, opening doors and opportunities for the film, helping us across several years of work, supporting us and the project strenuously to make sure that it could find its place in the world.

The great team at Cairo Film Connection (Cairo International Film Festival) and OSN for believing in the film and allowing it to go several steps further.

Jane Williams, Antoine Khalife and all the team at Dubai Film Connection and the Dubai International Film Festival, a wonderful and very much missed hub for Arab and international cinema.

Mohanad Hayal and the Iraqi Ministry of Culture, helping the project in being as Iraqi as it is Italian, something I am very proud of.

Flavia Schiavi, Olivia Alighiero and the whole team at Studio PUNTOeVIRGOLA, promoting the film enthusiastically and allowing it to have the attention of the Italian press and the audience.

The great team at AFAC - The Arab Fund for Arts and Culture and the fundamental support of the Italian Ministry of Culture.

Last but not least:

Masoud Amralla Al Ali, my friend, brother and mentor, who sometimes saw things in me and my films that I couldn’t see, who supported so many filmmakers and created communities across more than 25 years of tireless and selfless work with Emirates Film Competition, Dubai International Film Festival and Gulf Film Festival. Many of us wouldn’t be doing what we do today had it not been for his love for filmmaking, filmmakers and cinema.

My amazing parents Erfan Rashid (happy birthday!) and Caterina Chiellino, always inspiring me, tolerating me, supporting and believing in me with uncompromising love. So much of this film was born out of the life and film lessons, love for equality and human rights and personal and private emotions that are part of our Italian and Iraqi family.

Films are made step by step, with much patience, hearing “no” many times, but sometimes, finally hearing some wonderful and joyous YESes. Many more worked and helped along the way, on and off set, too many to name individually unfortunately; to everyone, all our crew, our families, our friends, who gave us even just a word of support and advice, and believed in all of us and in this feat: thank you for believing in EUROPA, for allowing this film to become a reality and for helping each other, together, in telling this timely story. ... See MoreSee Less

For more information, feel free to send us a message.