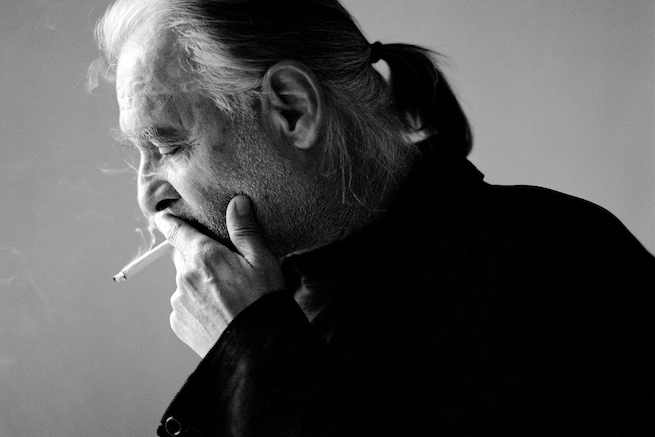 Béla Tarr was born in Pécs, in southern Hungary, in 1955. For his fourteenth birthday he received an 8mm camera from his father. Very soon, at the age of seventeen, this camera got him into trouble. During his high school years he got involved with some radical leftist movements ideologically not far from Maoism. Tarr, while still a high school student, also went regularly to work in a shipyard and followed these groups on their regular excursions to workers’ districts and workers’ hostels. With two of his friends they formed a filmmaking group they named after Dziga Vertov (referring to Jean-Luc Godard and Jean-Pierre Gorin’s ‘Dziga Vertov Group’). Tarr’s Dziga Vertov Group made a documentary about these men, and sent this film, Guest Workers (lost since then), to an amateur film festival, where it won first prize.