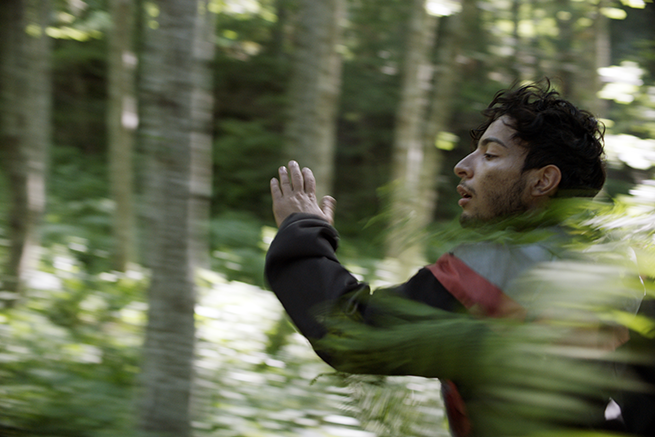 Kamal, a young Iraqi man entering Europe on foot through the border between Turkey and Bulgaria, is captured by Bulgarian border police but escapes, finding himself to search for a way out in a seemingly interminable forest, an underworld where rules and laws don’t exist, where he is wounded and chased by Bulgarian migrant hunters. For three days and three nights Kamal must fight for his life through a journey of survival until a final life-or-death confrontation.