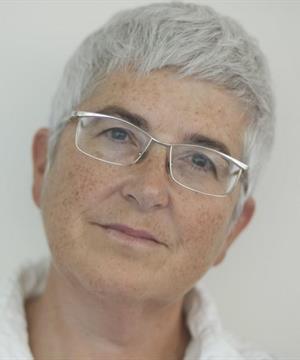 Marie-Pierre Macia (Founder & Producer) started her career at the Cinémathèque Francaise, after earning a degree in Classics and French Literature. Later she researched film preservation at the Museum of Modern Art, the Library of Congress, U.C.L.A. and the Pacific Film Archive in the US and curated international films for the San Francisco International Film Festival.

Macia is the former Director of the Quinzaine des Réalisateurs (Directors’ Fortnight) of the Cannes Film Festival, where she discovered and presented the debut films of such now-famous filmmakers as Mexican director Carlos Reygadas with Japon, Sofia Coppola with Virgin Suicides and the Romanian Directors Cristi Puiu and Cristian Mungiu with respectively Marfa Si Banii and Occident. Most recently, she worked as personal adviser to Cristian Mungiu on his last film, 4 months 3 weeks 2 days, which won the Palme d’Or in Cannes 2007.
Macia has served as jury in many international festivals such as Rotterdam film festival, Jerusalem, Cluj in Romania, in Mar del Plata and in Los Angeles.

Marie-Pierre Macia is also the Head of Crossroads, the co-production forum of the Thessaloniki International Film Festival.