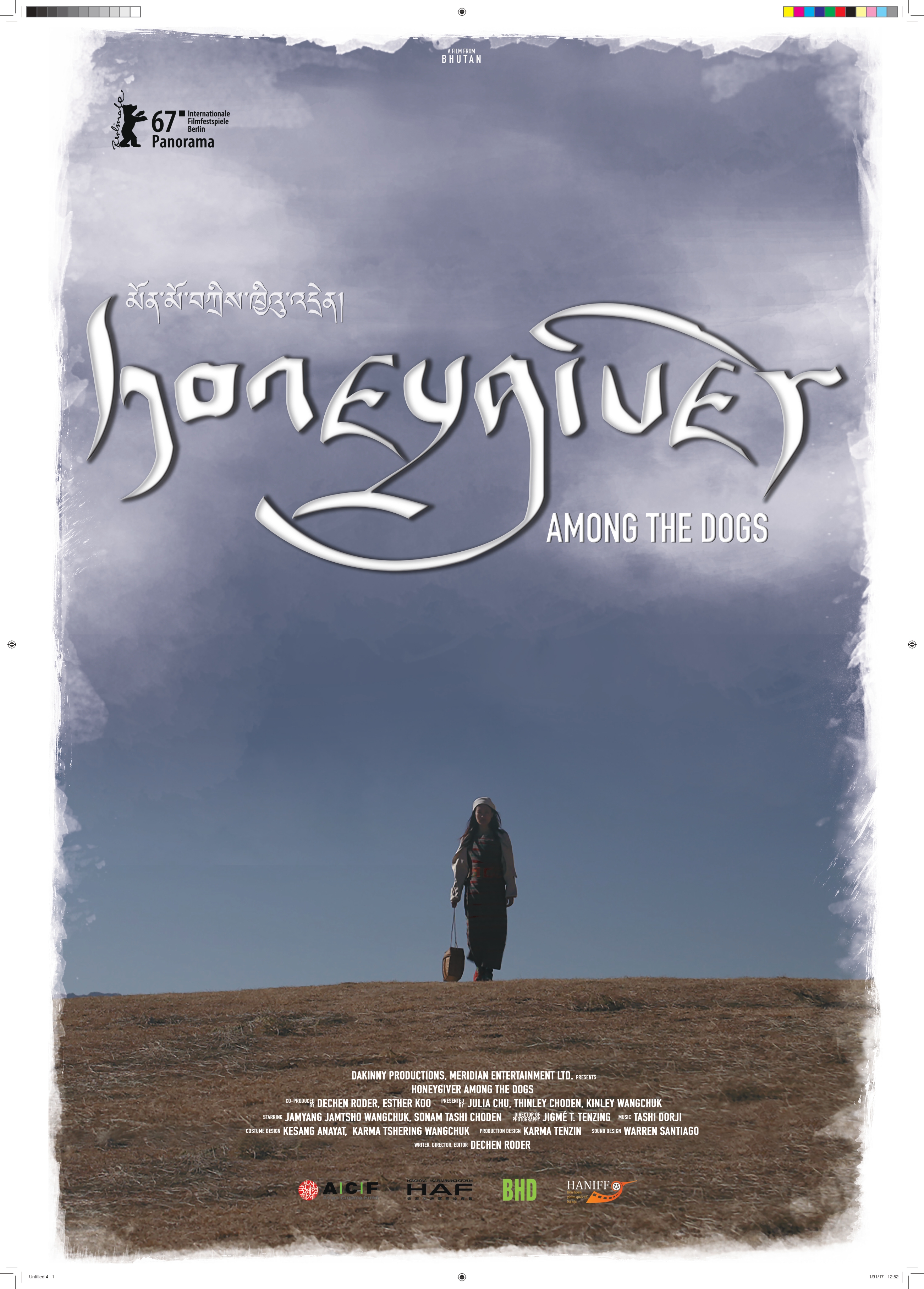 In this “Buddhist noir” an undercover detective (Kinley) investigates the case of a missing Buddhist nun and falls into a risky alliance with his only suspect- Choden, an alluring woman known as the village “demoness.”

Kinley slowly realizes that Choden’s stories of historical dakinis (enlightened Buddhist women of power and wisdom) might provide the very “clues” needed in understanding the investigation, yet first he might have to surrender to both her charm and a belief in the supernatural.

Honeygiver Among the Dogs – Trailer﻿