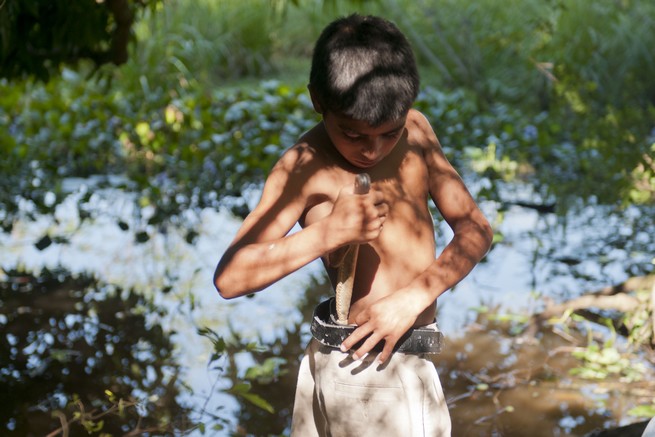 A film by
Paz Encina

Between 1954 and 1989, Paraguay suffered one of the longest dictatorships in latin America: it lasted 35 years. Agustín Goiburú, the most important political opponent to the Stroessner regime, disappeared in 1976 in Paraná, Argentina, where he was exiled. 35 years later, Rogelio, Rolando and Jazmin, his three children, come back to the place of exile… A come back to their memory. This is how we begin an intimate memory exercise, telling the story of a whole country for the past decades.
https://www.youtube.com/watch?v=DzBjfk7r55c&t=5s