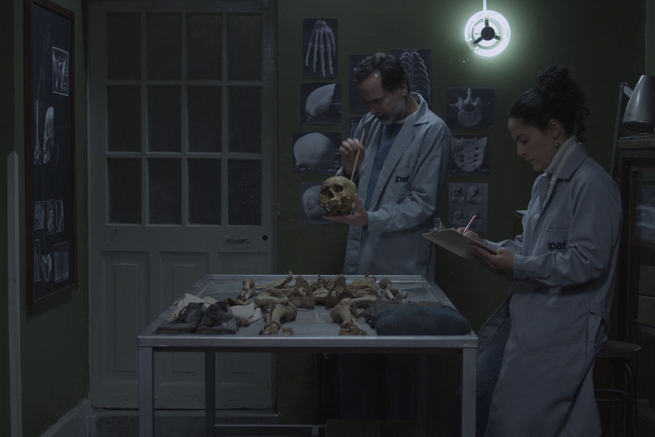 Synopsis
In the backyard of an old military base a team of forensic anthropologists are exhuming the rests of eight people disappeared twenty years ago. During the excavation the group is surprised by a new finding: a ninth body, a male of about 35 years old.
No one recognises or claims him, he has no documents or marks that can help identify him, except for a small detail found at the bottom of the pocket of his shirt: a black and white picture of a smiling
girl. Fidel, the leader of the team of anthropologists, knows that this is maybe the only clue left by this body to be recognized. So only with this picture, a blurred memento of a time and a memory, he starts a journey to find an identity to these rests, before they are put in a bag and left in a public morgue with the initials NN.