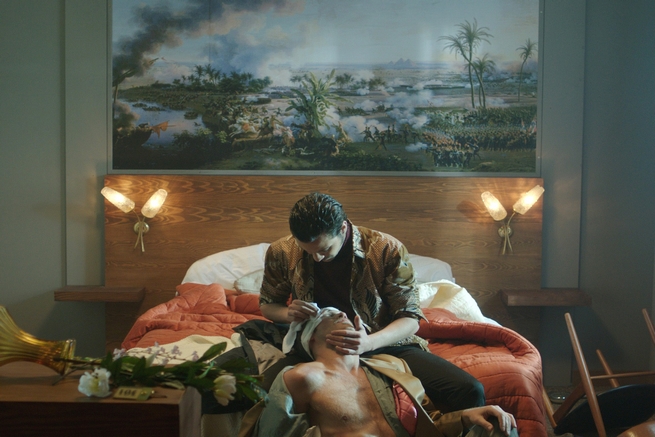 The streets of Paris are taken by barricades and furious protesters. Antonio and Giorgio, an eccentric and improbable couple, take refuge in the Hotel Occidental. Diana, the hotel manager, instantly suspects their attitude and calls the police. With no proper evidence, the officers and the hotel crew find themselves on a series of absurd anecdotal events involving homophobia, racism, misogyny, terrorist threats and political manipulations. The situation unfolds on a funny and tangled story that reflects satirically the uneasy context of our time.