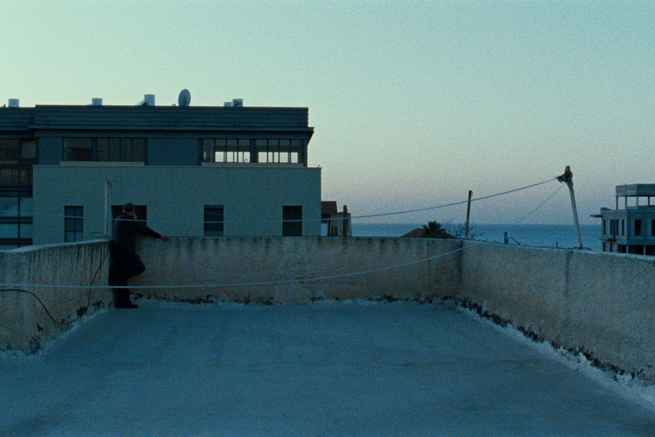 Synopsis
The history of the town of Jaffa, a thriving port city now part of Tel Aviv, provides the background for Aljafaris most recent film, centering on his mothers family at risk of eviction if they cant find proof that the house they have lived in for decades belongs to them. Their predicament is rendered with Aljafaris usual subtlety, as well as deadpan humor and dark wit. This skeletal narrative provides the scaffolding for a portrait of life in what was once a bustling neighborhood that was nearly emptied by fighting during the establishment of the state of Israel, and then suffered decades of official neglect. In the meantime, Jaffa was often used as a location for action adventure movies featuring the likes of Chuck Norris. While these films used the city as a generically exotic location, they have now become, in a neat bit of irony, the source of documentary images of the city as it was.