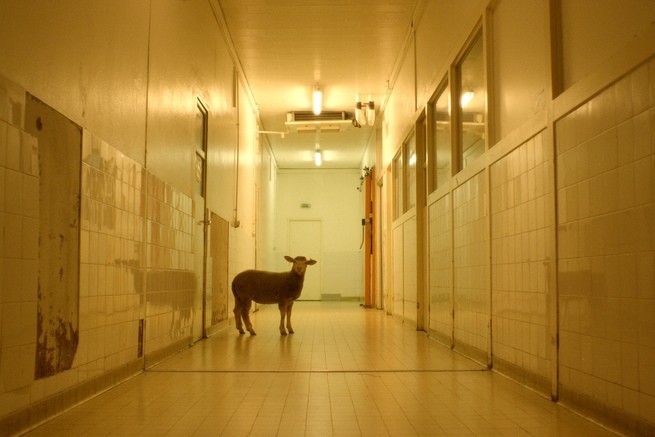 A film by
Maud Alpi

There are victims that arrive by night. They intuit, unaware of the danger that awaits them. They may attempt to resist, but a young man leads them to their deaths before dawn. A dog is the only witness of this terrifying world that seems certain never to end. Still Life is a realistic and compelling portrait of the routine of a slaughterhouse.