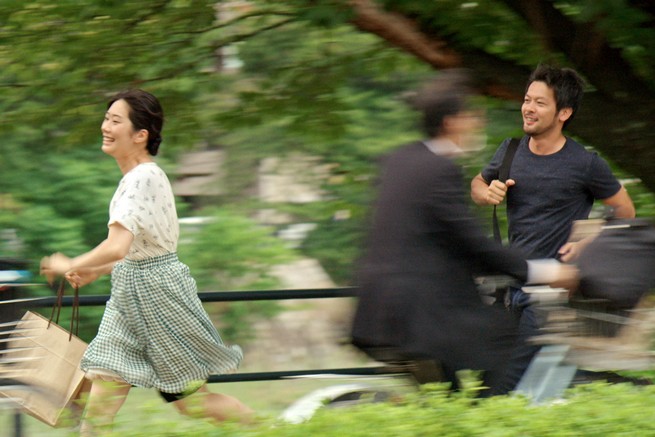 A film by
Jean-Gabriel Périot

Producer : Nicolas Brevière – local films
With the support of the Ile-de-France Region
International seller: MPM Film
Akihiro has come from Paris to Hiroshima to make a documentary about survivors of the A-bombing. He meets Michiko, a merry and enigmatic young woman, dressed traditionally, with outdated manners. She takes him to an improvised journey through the city.